An interview was conducted by The Malta Independent with David Spiteri Gingell. 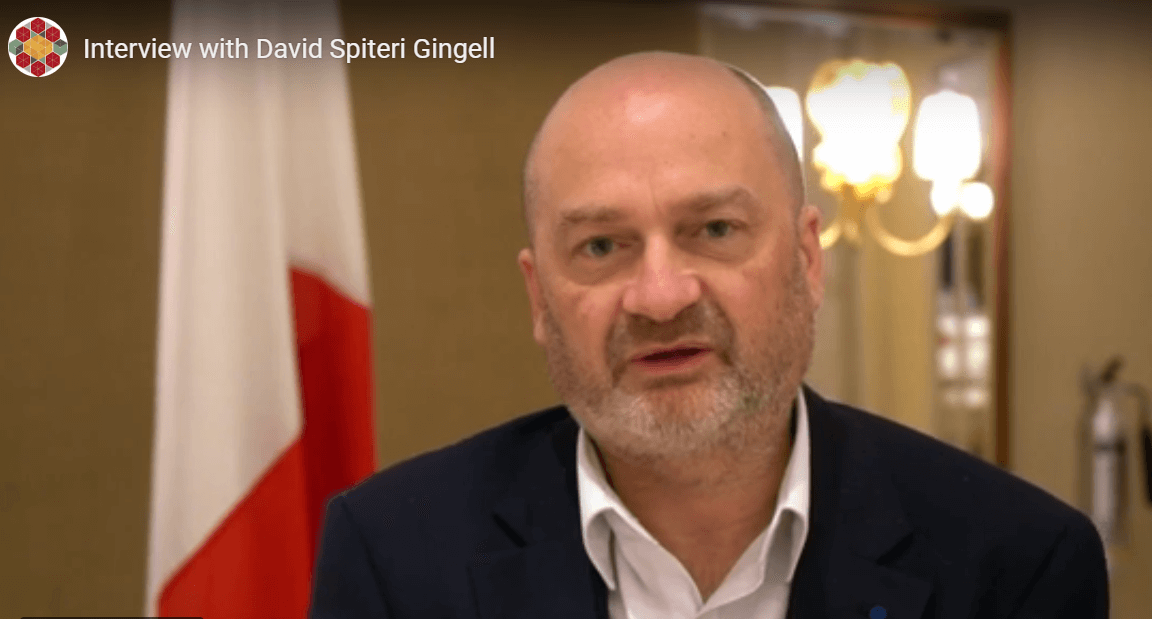 David Spiteri Gingell, who has been involved in pensions reform since 2004, is responsible for the implementation of the 2017-2019 Retirement and Financial Capability Strategy.

This strategy seeks to increase an individual’s financial and retirement capability to be in a better position to make informed financial decisions based on his or her circumstances.

One of the useful tools being used to meet the above is gemma.gov.mt equipped with free, useful, reliable information, downloadable guidebooks as well as free downloadable calculators.

Today, after years of continuous reform going back to 2004, Pension in Malta is stronger than ever in terms of its sustainability, but there is still work to be done, especially in terms of financial adequacy, said the former chairman and current member of the government’s Pensions Working Group, David Spiteri Gingell.

Interviewed by The Malta Independent on Sunday on the subject of Pensions in Malta, Spiteri Gingell explained that in 2004, when the Pensions Working Group began work on reforming it, the scheme was on course to collapse.

This was due to a 27 year period of “abandonment” and “maladministration” between 1979 and 2004. He explained that, during this period, the pension system remained the same while the demographic face of the island changed around it. Furthermore, said Spiteri Gingell, in that period the maximum Pension in Malta – which is what defines the adequacy level of Malta’s pension system – only increased once, from Lm6,000 to Lm6,750.

The government was pushed into initiating a pension reform process when the World Bank reported in 2004 that, without reform, the system would essentially collapse to an adequacy level of around 18 per cent – a far cry from the 66 per cent that Dom Mintoff’s 1979 pension reform had intended.  As things happened, the relationship between maximum pensionable income and the average wage was broken when the former was never adjusted to reflect the development of the latter.

Today, that relationship stands at around 52 per cent – an improvement, but still an issue.

Spiteri Gingell says that addressing the adequacy of the Pension in Malta is one of the prime points on the Pensions Working Group’s agenda, adding that work had already started through helping those who are most vulnerable.

It has been 15 years since those initial reforms began and the significant question that still stands, on the face of it at least, is quite simple; how sustainable is Malta’s pension system?

Malta’s system is what is called “pay as you go”, meaning that each generation’s pension is paid by the subsequent generation. “This means that you have a very tight relationship between the populations over time”, Spiteri Gingell explains.

Demographically speaking, the country has developed much like many other countries – and the population is, as Spiteri Gingell puts it, no longer sustainable. National Statistics Office data shows an ageing population whilst the fertility rate is down to 1.4 per cent – a third less than the 2.1 per cent fertility rate needed for a sustainable demography.

The Pensions Working Group found itself in a situation where the population base in employment had to be increased in order to inject more contributions into the pension system. Spiteri Gingell explains that the ways of doing this are four-fold:

For the first means, one of the earliest of the group’s reports recommended that those who reached the retirement age of 61 and wanted to continue working could do so without losing their pension. In terms of female participation, Spiteri Gingell says that, given the cultural standing of the woman as the person who has to take care of the family, a support structure that includes childcare centres and pre-school care had to be created.

Meanwhile, the retirement age to receive a Pension in Malta has increased from 61 to 65 years of age for those born after 1962, with those born between 1952 and 1961 (who were between 54 and 46 years of age at the time) being part of a transition phase. Immigration was the final piece of this puzzle, and Spiteri Gingell explains that he was, and still is, a strong believer in the need to import foreign talent.

“You need to bring in talent – be it in IT, gaming, blockchain, AI or construction – and we said that we have to be clever in exploiting and securing good talent to help develop new sectors until we are in a position to build our own skills and get off the ground”, he said.