Watch out for your biases 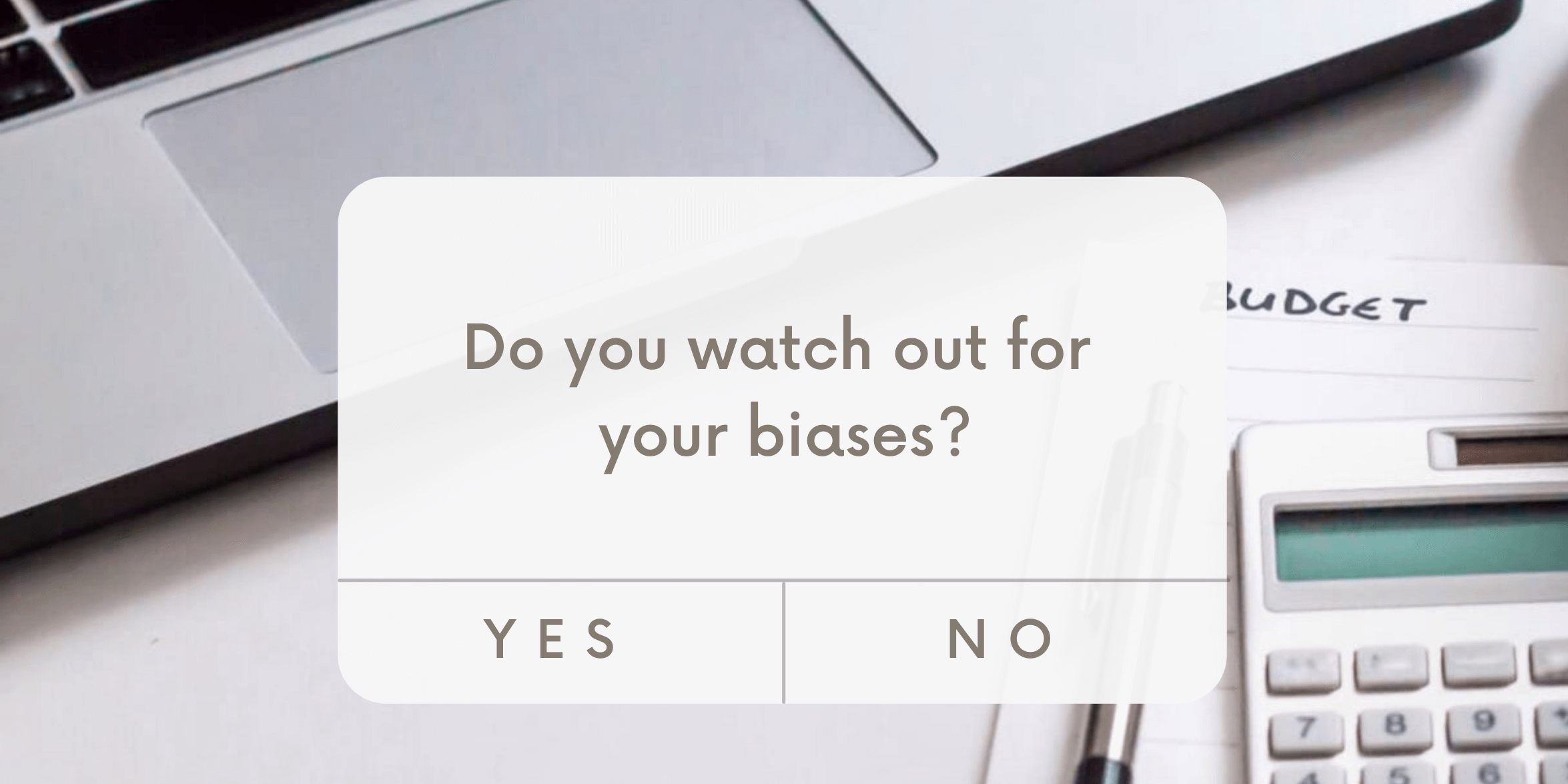 Good money management requires an ability to plan ahead. Your spending is affordable as long as the stream of future incomes allows you to repay the debt which is incurred. Taking a loan makes sense when one is purchasing an asset whose useful life extends over a number of years. In this manner even the financial cost can be spread over time. At the same time one has to be verify that the debt can be repaid with reasonable confidence. Hence, an assessment of the future income streams is critical to determine whether it is wise or not to proceed with a purchase which is financed by debt.

The challenge is that future income is not known with certainty and one has to make assumptions in order to establish a plausible outlook. This can only be achieved if we learn how to form reasonable expectations. This skill is extremely important because if you overestimate your lifetime income, you risk entering into unsustainable debt. On the other hand, if you underestimate your lifetime income you lose the opportunity to enjoy a better lifestyle. To form reasonable expectations, a person must be able to face the facts and control own biases. There are many potential biases which one has to be aware of, to support good judgement.

When it comes to financial matters, decisions need to be taken on the basis of facts and not rely on emotions. The first filter is to limit your options to what is affordable, rather than dream purchases. Forcing behaviour to be rational rather than emotional is the best course of action when dealing with financial matters.

We also need to stop relying heavily on the first piece of information which we come across. A product may be useful and fascinating, but there may be other similar products which can provide better value for money. Allow time to reflect on the purchase, rather than engaging in impulse purchases, especially if the financial cost is significant. Avoid adopting certain behaviours or beliefs because many other people do the same, since the available financial resources are not the same for everybody. Living beyond your means ultimately will result in more problems and stress.

Another issue to be aware of is the tendency for a person to be more willing to spend when there is no physical money involved in a transaction. Indeed some persons are more likely to go ahead with a purchase, or spend more, when using a credit or debit card rather than when using cash. Not everyone realises that paying in cash or by card ultimately entails the same cost, or even more in the eventuality that a credit card balance is not settled quickly. People should thus be very careful when handling a credit or debit card particularly to avoid impulse purchases which they may end up regretting.

Science shows that people may be influenced by the way the product is presented to us. This is the so-called framing effect. Special offers may encourage people to spend more, even though at the end of the day, the buyer may realise that the offer is not as advantageous as it appeared in the first instance. Although searching for bargains is good, it is important for people to be fully aware of the fine print in the product’s terms and conditions.

People also need to be aware of the optimism bias, which is a tendency to overestimate the likelihood of experiencing positive events and underestimate the likelihood of experiencing negative events. This may happen when people overestimate their earning potential because they fail to realise that extraordinary income earned in one year (say because of more over-time work or a one-off project), will not necessarily be repeated in future.

Finally, keep in mind the general rule that, if something looks too good, it is probably not true. This will ensure that you keep your expectations firm on the ground and avoid falling victim to scams.