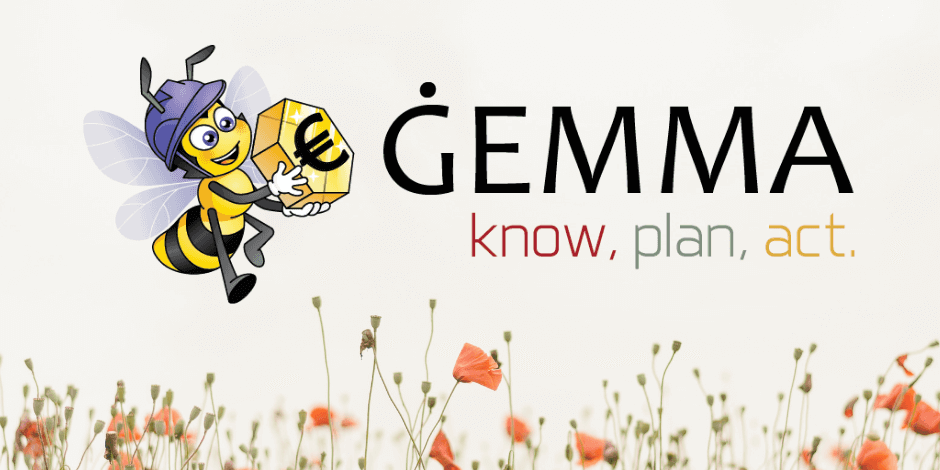 The Strategy identified the honeycomb’ as its motif given that it represents growth, provision, nurturing, community, organisation and productivity. The Strategy also established its key messages as knowledge, planning, and action.

In the first two years, the corporate identity set for the strategy centred on ‘The Retirement and Financial Capability Group’, the ‘honeycomb’ logo and the key messages.

Discussions held in 2018 with different stakeholders showed that positioning the strategy around ‘retirement and financial capability’ as well as the use of “Financial Capability” was considered as difficult to relate to.

The honey bee is personalised – with her name being Ġemma. Ġemma, a Maltese female name, also means ‘to save’. The messages are now also personalised: Know, Plan, Act. This new corporate identity started to be phased in as at the beginning of 2019. The portal’s content independence is now also emphasised in a new tag line.